THE GERS IN THE CINEMA, IN BOOKS, FAMOUS GERS PEOPLE

The Gers is a beautiful region, which has been seen in some cinema and TV movies. The literature is full of its heritage, gastronomy and history. Here is a small selection to introduce you to the life of the Gascons. In this section you will find everything you need to know about the Gers, before you even visit it! Don't forget to bring back a small souvenir, such as a recipe book, to remind you of your holiday.

the GERS in the CINeMA and on TeLeVISION 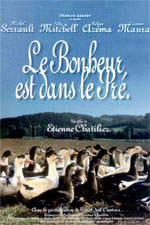 "No, duck confit is not fatty!"  It is impossible to think about the Gers without thinking about the movie “Le bonheur est dans le pré” (Happiness is in the Field), by Étienne Chatiliez, made in 1995. Shot between Vic-Fezensac and Eauze, it is a great movie to watch before your visit to the Gers. 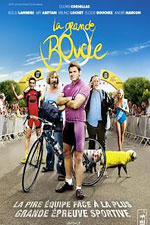 “La Grande Boucle” (Tour de Force) by Laurent Tuel, with Clovis Cornillac on the Tour de France, has part of the storyline, as well as the filming, taking place in the Gers, specially round Samatan. 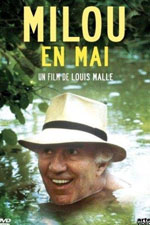 “Milou en mai” (May Fools) 1990, a comedy by Louis Malle.  Filming took place in the Château du Calaoué, a beautiful building in Saint-Lizier-du-Planté. 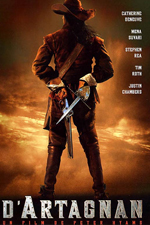 One of the only movies about the musketeers in Gascony is D'Artagnan, by Peter Hyams. It was released in 2000, and was partly shot in the Gers. A film which is full of special effects, authentic landscapes, and starring Catherine Deneuve. 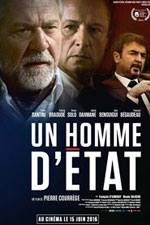 Many scenes and part of the storyline of the movie “Un homme d'état” (The Statesman) by Pierre Courrège in 2014, were shot in the Gers, between Auch, Fleurance, Condom and Lectoure. It shows beautiful landscapes for a story about politics and influence!

BOOKS ABOUT THE GERS, the literature

Discover the Gers and the inhabitants of the region in books, by Gers authors.

“Is God Gascon?”  by Christian Millau – Rocher Editons.A book written by a food critic who could have been writing a tourist guide for the Gers. You can feel his love for this rich and fertile land in his book.

“Petites Gasconneries” (Little Gascon Things): This is a very beautiful book, full of funny and cute drawings on life in the Gers! There is a lot of humour with great drawings by Perry, who won the “Grand Prix Littéraire de Gascogne” in 2015. Visit the author’s website to see a preview of his talent.

“Des enfants dans les arbres” (Children in the Trees), by Roger Boussinot, Robert Laffont Editions. A touching novel which takes place during the German occupation, in a small village in the Gers.

“Pierre Dulong, La prière du guérisseur”, (Pierre Dulong, The Healer’s Prayer) by Patrick Caujolle, Le Pas D'oiseau Editions. A book about a character of the Gers, a sixty-year old man who goes from being a farmer to being an exorcist/healer and finally, the mayor. It's a comedy, written by a policeman/writer from Toulouse, who knows the area very well. A lovely story and an interesting character to meet!

TOURISt books on the GERS

Discover our tourist books, recipes books and also a few original books about the Gers department. Either before or after your visit, make sure to read about the Gers!

For heritage enthusiasts, to learn everything about the monuments and buildings in the Gers, we recommend: “Eglises, châteaux et fortifications du Gers oriental du Moyen-Age à la Renaissance” (Churches, castles and fortifications in the eastern Gers from the Middle Ages to the Renaissance), by Jean Bonnefous and Raoul Deloffre, Atlantica Editions.

Département du Gers, de F.-J Bourdeau, Editions Res Universis. For people who like preciseinformation, this book relates the history of the municipalities and hamlets of Gers, from their origins to the middle of the 19th century.

“Le Bonheur est en Gascogne Gourmandises et Saveurs” (Happiness is in Gascony, delicacies and flavours) by Sylvia Robert, Editions CPE. This is a beautiful book, describing the flavours of Gascony and the Gers.

This book has pictures and words which illustrate the heritage of this department, with all its charm and character.

“Le Guide Vert Pyrénées Toulouse Gers Michelin”: a must have book! A well-organised guide and a practical size to carry in your pocket. It includes maps, addresses and information to help you organise your trip. This guide is especially good for those looking for walks and strolls.

“Le Petit Futé Gers Gascogne”: another must have! This book will show you the monuments to visit, activities to do, accommodation to stay in. (Get the most recent version). There is also a pocket version available.

“Le Gers ... a pied” (Gers…on foot), Editions Topo Guides. This a a beautiful, detailed guide book showing hiking trails from the Fédération Française de Randonnées. See the Gers in a different way by exploring its less well known heritage and taking your time.

For hikes towards Saint-Jacques-de-Compostelle, here are a few guides to help you, see our article here.

“Miam-miam-dodo section 1” (eat and sleep guide) from Lauriane et Jacques Clouteau, Editions du vieux crayon. The guide is updated each year; get the latest edition for the most up-to-date information. 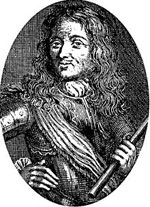 D'Artagnan is, of course, the most famous of the Gersois. Charles de Batz de Castelmore was born around 1615 in Casltermore Castle near Lupiac. He was a cadet from a noble family; he was like many second sons of Gascony families at that time and was sent to be in the service of King Louix XIII. The famous author Alexander Dumas made him famous, his stories are an ode to adventure! See our article on the Musketeers 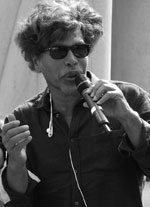 The Bogdanoff brothers, TV show makers, essayists and scientific caricaturists, were born and raised, for the most part, in the Gers. 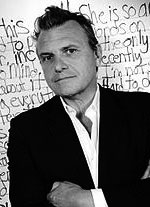 Michel Sarran is a chef who was born in the Gers. He learnt his skills in the Landes area and opened a Michelin starred restaurant in Toulouse. A true Gascon! 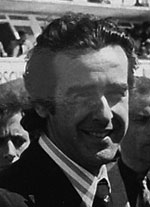 The French businessman Jean-Luc Lagardère was born in the Gers, but he soon moved to the capital for his business.

The Gers is said to be the new naturerefuge of the stars... Especially in Lomagne nearby Lectoure ... Could little Toscany become the new Saint-Tropez?

Do it your way

Between Fleurance and Lectoure , discover the Domaine de Nazère . A magical and unusual place located in t ...